Sorry, Lads, but the Order Is to Go: The August Offensive, Gallipoli: 1915

The August Offensive was the last attempt by the Allied forces to break the stalemate with the Turkish defenders that had developed since the Anzac landings in late April 1915. It resulted in some of the bloodiest battles on the Gallipoli peninsula – which included the battles for Leane’s Trench, Lone Pine, The Nek, Chunuk Bair, Hill Q and Hill 971. Drawing from letters, diaries and official reports from both Commonwealth and Turkish sources, David Cameron recreates in compelling detail the five days of the August offensive. He describes the complexity behind the battles and how they affected the men who were directly involved. Both visceral and poignant, it is the first book since Bean’s Official History Volume II (1924) to describe in detail a failed offensive in which bodies were shattered and lives senselessly lost. 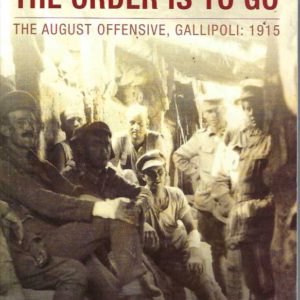 Sorry, Lads, but the Order Is to Go: The August Offensive, Gallipoli: 1915