Wreckers, The – A Story of Killing Seas, False Lights and Plundered Ships

A history of the drama and danger of wrecking since the eighteenth century – and the often grisly ingenuity of British wreckers, scavengers of the sea. A fine wreck has always represented sport, pleasure, treasure, and in many cases, the difference between living well and just getting by. In settings ranging from the Goodwin Sands to the wreck-strewn waters off the coast of Durham, these murky tales of resourcefulness and quick-witted opportunism open a vista of life at the rough edges. pp. xxiv, 326 illusts #010422

“From Jamaica Inn to Poldark to Whiskey Galore I, like others, have seen the ‘fictional’ take on wreckers in the British Isles but never really knew what was fact and what was fiction.

Secretly I was hoping that this book would be crammed with tales of luring unwary ships onto the rocks and stories of Cornishmen fleeing from the redcoats over the cliffs and to a degree it was, but, it was so much more.

Whilst the wrecking tales where what brought me to this book it delivered so much more with descriptions of the key wrecking areas and the people who inhabited them. It also branched out to cover lesser know areas classified as wrecking like Whales and other cretaceous relations.

I found that the history of the locations and organisations involved in the prevention of wrecking including the RNLI which significantly had its roots in wrecking before the poachers turned gamekeeper were fascinating.

Some may argue that parts of the book wandered too far from its core directive but it is this departure from the wrecking stories that make this a joy to read.” 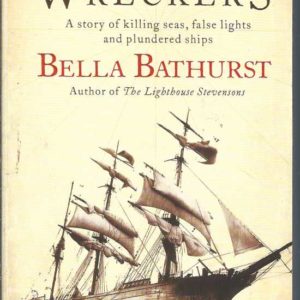 Wreckers, The – A Story of Killing Seas, False Lights and Plundered Ships