Idskje is our Bubbly Girl! A glamour magazine from the 1960s, combining pretty girls, jokes and interesting articles for men. 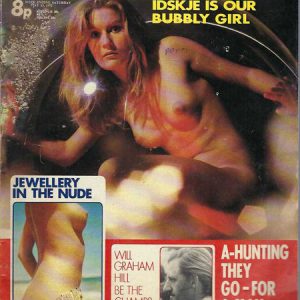