Deep in the dark heart of the Congo brave and frightened men face the dread Simbas. Here is the hour-by-hour account of what really happened and the tragic story of how each man faced the terror.
Condition: Good. Dust Jacket Condition: Poor. pp. 279 illusts. #0921 First Edition thus.
The Simba rebellion of 1963–65, also known as the Orientale Revolt,[9] was a rebellion in the Democratic Republic of the Congo which took place within the wider context of the Congo Crisis and the Cold War. The rebellion, located in the east of the country, was led by the followers of Patrice Lumumba, who had been ousted from power in 1960 by Joseph Kasa-Vubu and Joseph-Désiré Mobutu and subsequently killed in January 1961 in Katanga. The rebellion was contemporaneous with the Kwilu Rebellion led by fellow Lumumbist Pierre Mulele in central Congo.

The Simba rebels were initially successful and captured much of eastern Congo, proclaiming a “people’s republic” at Stanleyville. However, the insurgency suffered from a lack of organization and coherence, as well as tensions between the rebel leadership and its international allies of the Eastern Bloc. When the Congolese government launched a number of major counter-offensives from late 1964, spearheaded by battle-hardened mercenaries and backed by Western powers, the rebels suffered several major defeats and disintegrated. By November 1965, the Simba rebellion was effectively defeated, though holdouts of the rebels continued their insurgency until the 1990s. 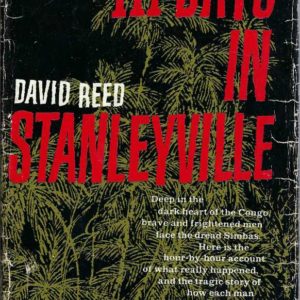