Doctor Mawson perceptively describes the fear, frustration, courage, and endurance of all those involved in the battle at Arnhem as well as the surprising relationships that flourished under such stressful conditions. With great sensitivity he explores the difficulty of being a noncombatant and therefore unable to influence the events around him. #0921

The Battle of Arnhem was a battle of the Second World War at the vanguard of the Allied Operation Market Garden. It was fought in and around the Dutch towns of Arnhem, Oosterbeek, Wolfheze and Driel and the vicinity from 17 to 26 September 1944. 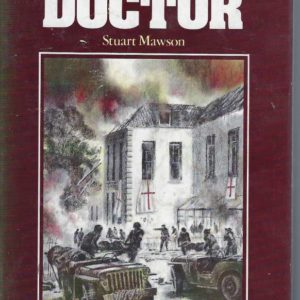