The Battles of Narvik were fought from 9 April to 8 June 1940 as a naval battle in the Ofotfjord and as a land battle in the mountains surrounding the north Norwegian city of Narvik as part of the Norwegian Campaign of the Second World War.

The two naval battles in the Ofotfjord on 10 April and 13 April were fought between the British Royal Navy and Nazi Germany’s Kriegsmarine, while the two-month land campaign was fought between Norwegian, French, British, and Polish troops against German mountain troops, shipwrecked Kriegsmarine sailors and German paratroopers (Fallschirmjäger) from the 7th Air Division. Although defeated at sea off Narvik, losing control of the town of Narvik and being pushed back towards the Swedish border, the Germans eventually prevailed because of the Allied evacuation from Norway in June 1940 following the Battle of France. Maritime Naval History Warfare 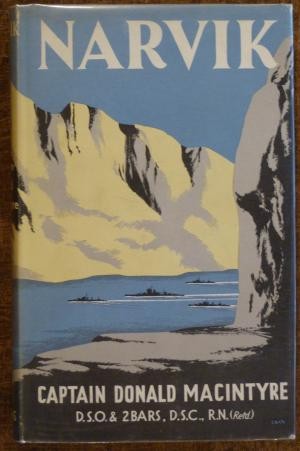