Before publishing Les Fleurs du Mal in 1857, Baudelaire was probably better known to his contemporaries as a critic than as a poet, and the articles translated here by P. E. Charvet illustrate the development of Baudelaire’s critical ideas. The essays cover the visual, literary, and musical arts. From the early ‘Salon’ of 1846 Baudelaire’s commitment to the cause of Delcroix was passionate and unswerving and it remains a theme of a number of these pieces. Baudelaire’s literary criticism is represented by, amongst others, the two important articles on Poe, the spirited defence of Madame Bovary published shortly after Flaubert had been acquitted on a charge of offending public morality and the long article on Gautier, to whom Baudelaire dedicated Les Fleurs du Mal. The musician whom Baudelaire admired above all others was Wagner, and the article on Tannhauser published at the time of the Paris production in 1861 shows his percipience as a critic: with no technical knowledge of music, Baudelaire nevertheless demonstrates an instinctive awareness of the magical power of suggestion in Wagner’s music. pp. 460 #0120X 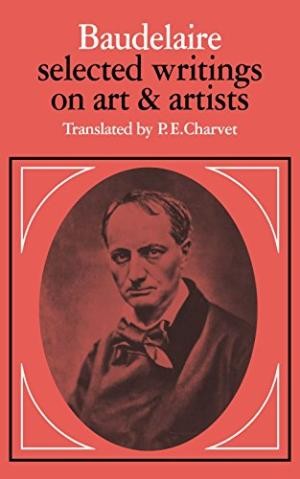