Home › Shop › SOLD! Currently OUT OF STOCK › Africa and the Victorians: The Official Mind of Imperialism

Africa and the Victorians: The Official Mind of Imperialism

Many readers of Africa and the Victorians have tended to view the book as little more than a textbook-like chronology of the British scramble for Africa. But the true significance of the book is to expand the highly influential theory of British expansion that the authors originally articulated in The Imperialism of Free Trade,” an article which first appeared in the Economic History Review in 1953.

The main argument of the book holds that British expansion in Africa occurred when crises on the periphery led the British government to intervene in defense of Britain’s economic and strategic interests. Robinson and Gallagher argue that official thinking during the period of expansion after 1870 represents an essential continuity with the earlier mid-Victorian era 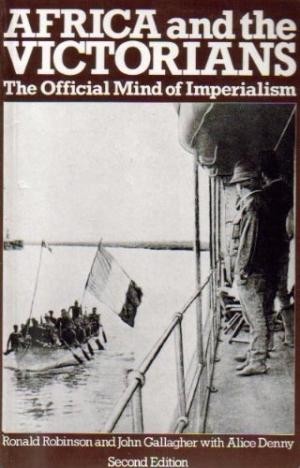 Africa and the Victorians: The Official Mind of Imperialism