An ambitious compendium of graphic narratives, designed to showcase both the varied styles and emotional depth of the field.

The focus here is limited to North America, but it’s still a vibrant landscape, and Brunetti, a Chicago-based cartoonist, makes room for many of the best-known talents around—Chris Ware, Gary Panter, Adrian Tomine, Dan Clowes, Harvey Pekar—along with pieces by lesser-known artists. Brunetti puts an appealingly broad range of styles on display, though he seems eager to celebrate a certain type of ironic story about loneliness and sad childhoods. To that end, Brunetti’s high priest isn’t a pioneer like Robert Crumb (who’s included here) or Will Eisner (who isn’t), but Peanuts creator Charles Schulz; there’s an essay by Schulz on the art of the comic strip, along with a few Peanuts homages, and the book’s populated by more than a few characters mired in Charlie Brown–like despair. A casual reader might come away thinking that comic art today is mostly the province of melancholy men and the sad sacks who invent them, but the collection also spotlights comics’ format possibilities: Richard McGuire’s masterpiece “Here,” for example, nests panels within panels to show the transformation of a small plot of land from the moment the earth cooled to the near future. And it’s not all boyish glumness: Dense, historically driven pieces like David Collier’s “The Ethel Catherwood Story” and Art Spiegelman’s Maus (excerpted) reveal those writers’ ability to illuminate history. And the finest piece, Jaime Hernandez’s “Flies on the Ceiling,” contributes a note of magic realism.

Broad in scope if somewhat narrow in emotional pitch, this stands to be, along with Houghton Mifflin’s The Best American Comics 2006 (also October), a definitive text on American comic art for a good while. 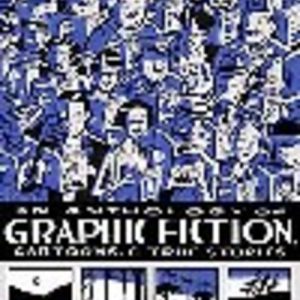