Home › Shop › SOLD! Currently OUT OF STOCK › Australian Birds of Prey: The Biology and Ecology of Raptors

Australian Birds of Prey: The Biology and Ecology of Raptors

The extraordinary wildlife of Australia has long held a special fascination for people throughout the world. Now international authority Penny Olsen offers the definitive work on Australia’s spectacular birds of prey.

With more than 300 dramatic color photographs and detailed illustrations by noted wildlife artists, Australian Birds of Prey is the ultimate guide to the ecology, predation, and behavior of these majestic animals. From the diminutive Collared Sparrowhawk to the powerful Wedge-tailed Eagle, birds of prey inhabit virtually every corner of the continent. But why is Australia considered a land of falcons”? How has its arid climate and long isolation from other continents affected its population of raptors? Why are there no Australian vultures?

In describing Australia’s twenty-four species of birds of prey 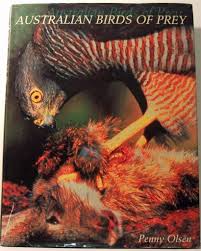 Australian Birds of Prey: The Biology and Ecology of Raptors