Home › Shop › SOLD! Currently OUT OF STOCK › Kurlumarniny: We Come from the Desert

Kurlumarniny: We Come from the Desert

We come from the desert is the story of Minyjun (Monty Hale), a senior Ngulipartu man from the Pilbara region of Western Australia.

Written in his own language and in English, Minyjun shares with us his extraordinary life, from his family’s migration from the desert to the station country of the eastern Pilbara, his childhood growing up on Mt Edgar Station, witnessing Australia’s engagement in World War II, and the famous Pilbara station-worker’s strike of 1946.

Minyjun takes us through his experiences as a part of the co-operatives formed by the strikers; travelling, hunting and working throughout the Pilbara to support the group. And through the well-documented split of the cooperative that led to Minyjun retaining an allegiance to Don McLeod, a key spokesperson for the Aboriginal workers during the 1946 strike.

These stories are also deeply personal. We learn about Minyjun’s relationship with Nalma, a woman who was ‘wrong side’ for him. Together they left the group and went into hiding, remaining away from their community for a number of years before their marriage was finally accepted.

We come from the desert is a story rich in humour and in the ways of Ngulipartu culture. It is because of Minyjun’s remarkable memory, his vast cultural knowledge and his strong desire to leave a record of his life that we are able to share in this unique story of a Pilbara man. 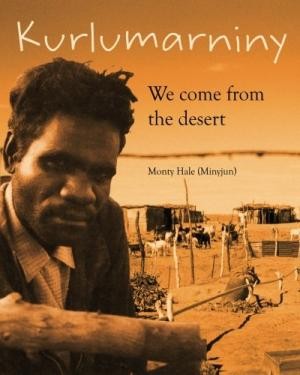 Kurlumarniny: We Come from the Desert