As a young Royal Australian Navy sailor, one of just one hundred and twenty, Ted Jones trained at a secret base in New South Wales to become a Special Service Beach Commando. He saw active service in the Netherlands East Indies and Borneo with the Australian and American armies.

Sailor and Commando is a story of extraordinary training and active service. It includes a nominal roll of personnel.

Ted Jones was born in Swanbourne, Western Australia and educated at Christ Church Grammar School and Scotch College. While a student he served in the kilted Scotch College Cadet Corps, 1939-41 and with the Air Training Corps 1941-42, giving him a good grounding in military activity. 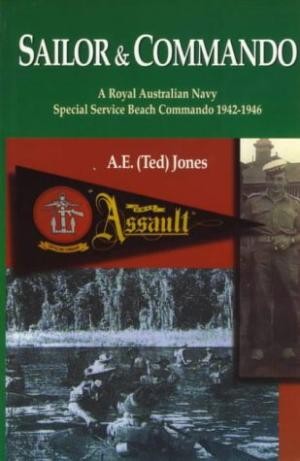