FROM HELL TO ETERNITY

After the fall of Singapore and Borneo to the Japanese, a Prisoner of War Camp was established just outside of Sandakan to house approximately 750 British and more than 1650 Australian prisoners who were sent to the camp during the period 1942-43. In 1945, when the Japanese started to realise that the war may have been lost, and the Allies were closing in, the emaciated prisoners were force marched, in three separate marches, to the village of Ranau in the jungle, 250 km away, under the shadows of Mount Kinabalu. #0121 First Edition (Fine in very slightly edgeworn dustjacket.) Signed by Author. pp. 155 illusts. SCARCE 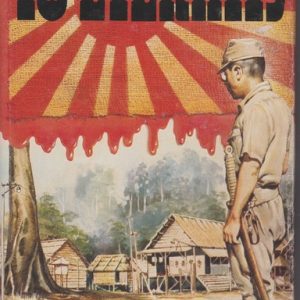 FROM HELL TO ETERNITY