The author describes his experiences as a Japanese prisoner-of-war in Singapore during World War II, and shares the sketches he made during his captivity. (name on fep). Beautiful sketches. #101021 First Edition.
In 1939, as an art student, Ronald Searle volunteered for the army, embarking for Singapore in 1941. Within a month of his arrival he became a prisoner of the Japanese, and after 14 months in a POW camp, was sent north to a work camp on the Burma Railway. In May 1944, he was sent to the notorious Changi Gaol in Singapore, becoming one of the few British soldiers to survive imprisonment there. Throughout his captivity he made drawings to record his experiences, which he smuggled from place to place, stained with the sweat and dirt of his captivity. A record of one man’s war, they are among the most important and moving accounts of World War II. 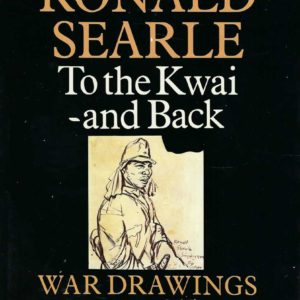