The great explorer’s original account. In January 1912 Captain Scott reached the South Pole, to find he had been beaten by Roald Amundsen’s Norwegian expedition. Scott and his companions faced an 850-mile march to safety. All perished on the return. A few months later, a search party found Scott’s body and the journals whichtold his tragic story.Scott’s own account was published to extraordinary acclaim in 1913. Danger grips the reader from the first chapter, as the Terra Nova struggles to force a path through the pack ice. The journey to an unknown land becomes a journey into the self, as Scott’s mood oscillates between hope and despair.And, in his last entries, Scott gives voice to the heroic fantasies of his generation, the generation which would fight and die in the Great War.This new edition draws on ninety years of reflection on the Antarctic disaster to illuminate Scott’s journals, publishing for the first time a complete list of the changes made to Scott’s original text. Drawing on papers from the John Murray archive which have never been used before, Max Jonestells the story of this remarkable book and charts the changing fortunes of Scott’s reputation. 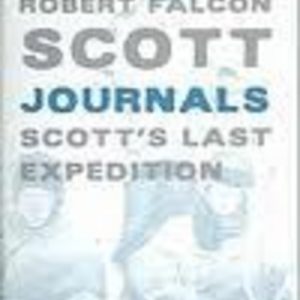