Life was never destined to be a smooth ride for the Abberton brothers. The four boys, all born to different fathers, grew up on Sydney’s Maroubra beach at a time when the place was in the shadow of drugs and gang violence.Raised largely by their grandmother, Sunny, Jai, Koby and Dakota found solace in the surf, while finding solidarity with their mates, the Bra Boys.The official biography of the Abberton brothers, the book follows their story from its humble beginnings on the sands of Maroubra to global surf stardom, big-wave heroics, and the fateful events of 5 August, 2003, when Jai shot dead Maroubra underworld figure Anthony Hines, only to be later acquitted on grounds of self-defence. With a reputation for surfing hard, partying even harder and attracting trouble, the Bra Boys have polarised opinion worldwide. For the first time in print, here’s everything you won’t read in the newspapers. pp. 490 illusts #1219 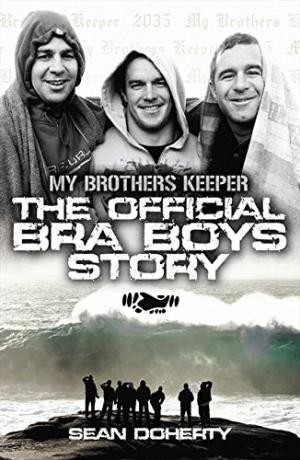