The Story of the Brunswick Baby Farmer; Australia’s Most Notorious Female Serial Killer 1867-1894.

The notorious baby killer Frances Thwaites, in her day as famous perhaps
as Ned Kelly, and whose execution in 1894 led the hangman to kill himself
rather than perform the deed. Frances was alternately demonized and
fantasised over, though her role as one of the colony’s most infamous baby
farmers has usually been depicted as evidence of a depraved psychopath.

This novel, based on a meticulous re-examination of letters, trial
transcripts and first-hand accounts, tells a different tale. In the style of
Alias Grace and The True History of the Kelly Gang, The Notorious Frances
Thwaites tells the poignant story of a young girl unfairly condemned to life
in the colony who struggled through adversity to survive the harsh
environment of Australia – a girl hanged for a crime she may not have
committed. Beautifully written and evocatively told, this is a story at once
lyrical and bold. The first work in a trilogy about the lives of Frances and
her two daughters, this book both introduces a fresh new voice into the
Australian literary scene, and resurrects the voice of a tragic Australian
heroine so that her true story can at last be told. pp. 403 First Edition #0519 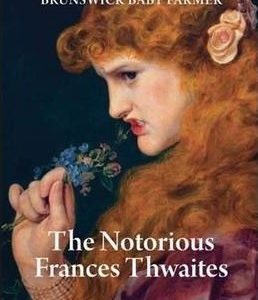