Snowtown: The Bodies in Barrels Murders

When bodies were discovered in barrels in 1999, hidden within a bank vault in Snowtown in South Australia, Jeremy Pudney was one of the first journalists on the scene. Now, using his yearas of experience as a police reporter for the Adelaide Advertiser and Network ten, Pudney pieces together the complete story of the Snowtown murders. Not only does he investigate the lives of the convicted men but he digs deeper, telling the stories of their twelve victims and exploring the complicated social web that enabled them to not only prey on their victims, but to get away with their crimes for so long. the Snowtown murders were Australia’s most horrific and sustained serial killings; details of the case appalled the nation – not to mention South Australia, which already has a reputation for producing the country’s highest number of serial killers. But not every detail of this case has been made available to the public, and Snowtown contains exclusive information revealed for the first time. Part police reporting, criminology text, biography and social history, Snowtown is a compelling book without peer, and will take its place among the classics of the true crime genre. pp. 282 illusts #1019 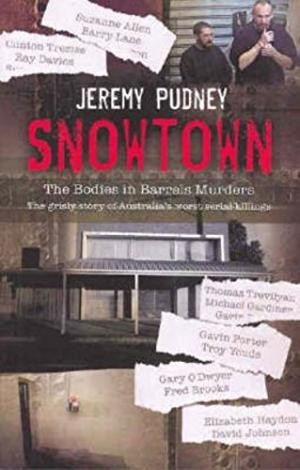 Snowtown: The Bodies in Barrels Murders