Biography of Beatrice Davis (1902-92), Australia’s most celebrated book editor, known as the ‘backroom girl of Australian literature’. Documents her work as general editor at Angus and Robertson from the late 1930s to the early 1970s, including her work with novelists such as Thea Astley, Miles Franklin, Xavier Herbert, Ruth Park, Hal Porter and Patricia Wrightson. Examines her role in the development of Australia’s literary culture. Includes photographs, notes, bibliography and index. Author has worked as a book editor since 1975 and written social histories, including ‘Out of the Bakelite Box: The heyday of Australian radio’, and novels of young adults, including ‘Angel Claws I Love You’ 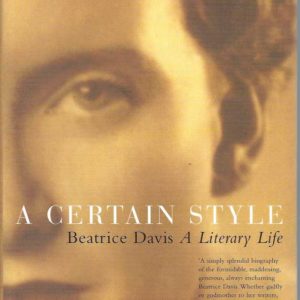