C. Hartley Grattan (1902-1980) was a writer, journalist and historian with a wide ranging interest in Australia. He made several trips, including an extended visit as a Carnegie fellow, and his 1942 book Introducing Australia was a bestseller in the United States. This comprehensive account of his life and work clearly establishes the intellectual and political contexts in which he worked, and which led to his wartime victimisation at the hands of the notorious Un-American Activities Committee. In Australia, Grattan formed close friendships with Miles Franklin and H.V. Evatt as well as many others, though his forthright lectures on what he perceived to be national failings earned him criticism as well as media attention. Grattan played an important role, however, in forging greater cultural understanding between America and Australia, and his substantial collection of Australian and Pacific material is now housed at the University of Texas at Austin where Grattan was professor of history from 1964 to 1974.

Clinton Hartley Grattan (October 19, 1902 – June 25, 1980) was an American economic analyst, historian, critic, and professor emeritus, who was considered one of the leading American authorities on 20th-century Australian history. 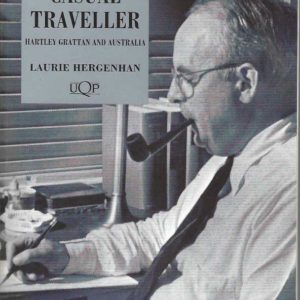