The Hillman Minx was a mid-sized family car that British car maker Hillman produced from 1931 to 1970. There were many versions of the Minx over that period, as well as badge-engineered variants sold by Humber, Singer, and Sunbeam.

From the mid-1950s to the mid-1960s, the Minx and its derivatives were the greatest-volume sellers of the “Audax” family of cars from Rootes, which also included the Singer Gazelle and Sunbeam Rapier. The final version of the Minx was the “New Minx” launched in 1967, which was part of the “Arrow” family and essentially a basic version of the Hillman Hunter. Generally, the Minx was available in four-door saloon and estate forms, with a 1496-cc engine. 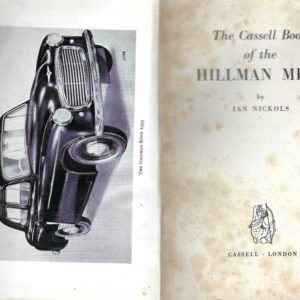