ISLAND OF ADVENTURE, THE

For Philip, Dinah, Lucy-Ann and Jack, the holiday in Cornwall is everything they’d hoped for – until they begin to realize that something very sinister is taking place on the mysterious Isle of Gloom. But they’re not prepared for the dangerous adventure that awaits them in the abandoned copper mines and secret tunnels beneath the sea.

Enid Blyton, 1897 – November 28, 1968 Enid Blyton was born in London in 1897. She was educated in a private school and thought that she would become a musician until she realized that writing was her passion. She attended Ipswich High School where she trained to become a kindergarten teacher and eventually opened her own school for infants. Blyton’s first poem was published in 1917, entitled Have You-” which appeared in Nash’s Magazine. In 1922 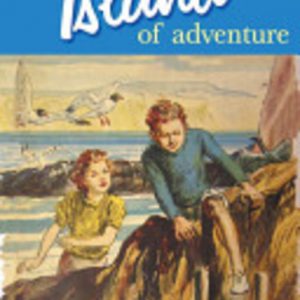 ISLAND OF ADVENTURE, THE