VALLEY OF ADVENTURE, THE

Nothing could be more exciting than a night flight on Bill’s plane! But Philip, Dinah, Lucy-Ann and Jack soon find themselves flying straight into a truly amazing adventure. What has happened to Bill? Who are the two strange pilots, and what is the secret treasure hidden in the lonely valley where the children land? Enid Blyton, 1897 – November 28, 1968 Enid Blyton was born in London in 1897. She was educated in a private school and thought that she would become a musician until she realized that writing was her passion. She attended Ipswich High School where she trained to become a kindergarten teacher and eventually opened her own school for infants. Blyton’s first poem was published in 1917, entitled Have You-” which appeared in Nash’s Magazine. In 1922 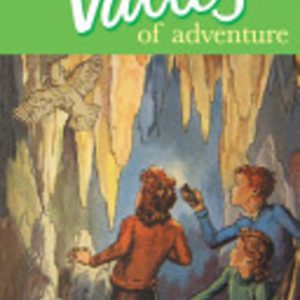 VALLEY OF ADVENTURE, THE