Asterix and the Soothsayer

It was a dark and stormy night, and a sinister visitor has arrived in the little Gaulish village where Asterix lives. Prolix claims he’s a soothsayer, and the townsfolk believe every word he says. Only Asterix knows better. How can he make all his friends see the truth? 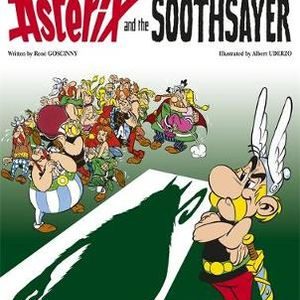 Asterix and the Soothsayer