SEA OF ADVENTURE, THE

When Bill takes Philip, Dinah, Lucy-Ann and Jack on a mysterious trip to the desolate northern isles, everything looks set for an exciting time. But then Bill is kidnapped and the children, marooned far from the mainland, find themselves playing a dangerous game of hide-and-seek with an unknown enemy. Enid Blyton, 1897 – November 28, 1968 Enid Blyton was born in London in 1897. She was educated in a private school and thought that she would become a musician until she realized that writing was her passion. She attended Ipswich High School where she trained to become a kindergarten teacher and eventually opened her own school for infants. Blyton’s first poem was published in 1917, entitled Have You-” which appeared in Nash’s Magazine. In 1922 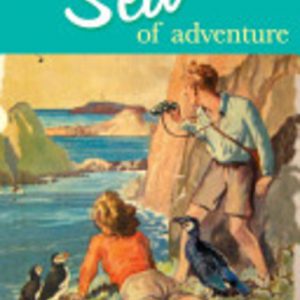 SEA OF ADVENTURE, THE