Playmate – Eve Meyer. All-Star Jazz Band, Ronald Searle Sketchbook, Illustrator’s Show, Fiction by John Collier
Centrefold: Eve Meyer (born Evelyn Eugene Turner; December 13, 1928 – March 27, 1977)[1] was an American pin-up model, motion picture actress, and film producer. Much of her work was done in conjunction with sexploitation filmmaker Russ Meyer, to whom she was married from 1952 to 1969. She was killed in the Tenerife airport disaster in 1977. 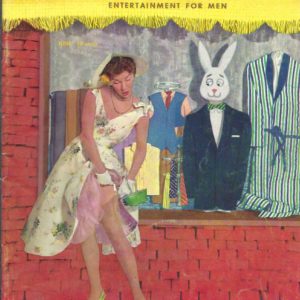